The Mayor of McCreesh Place

Posted at h in News, Success Stories by
0 Likes
Share 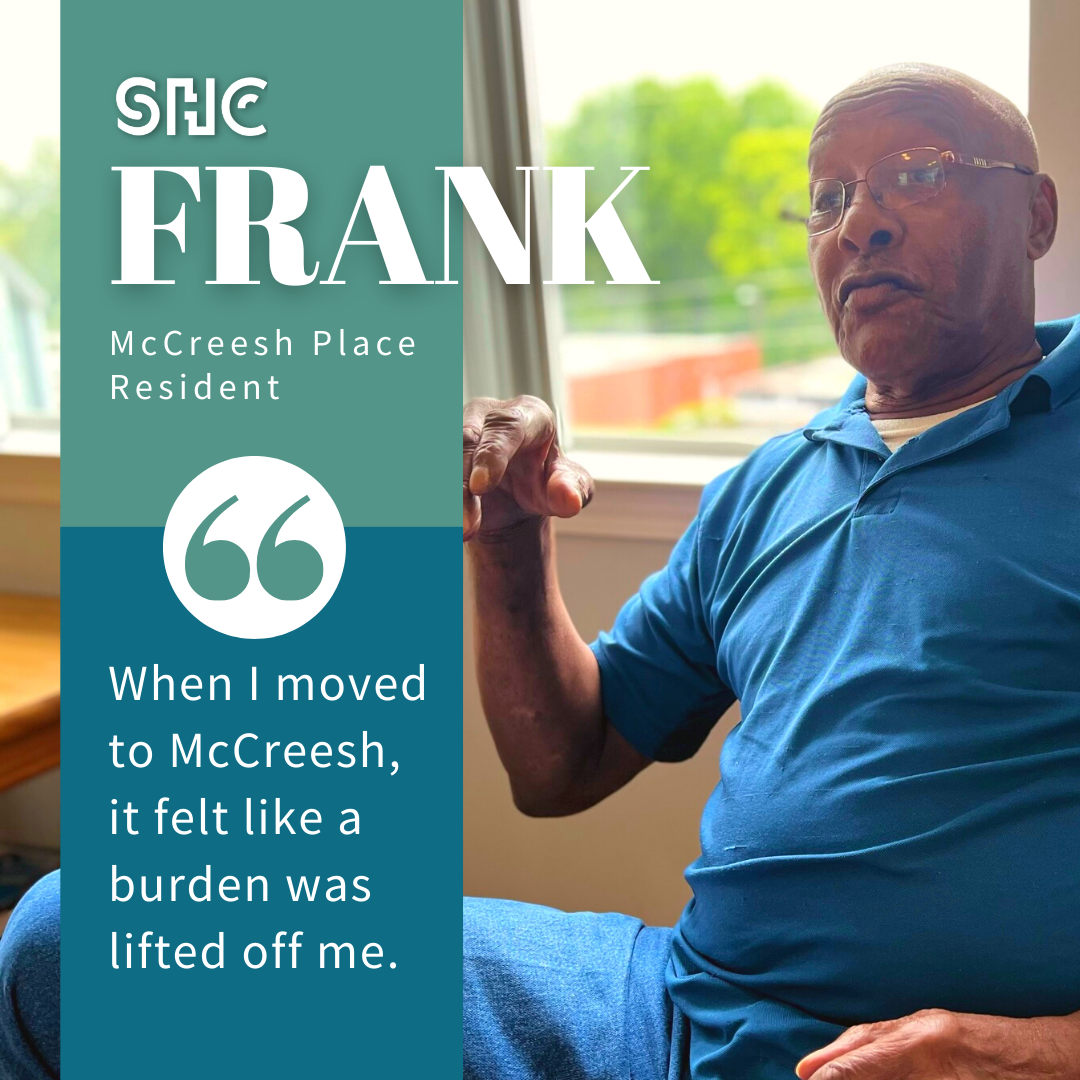 Fondly known as “The Mayor” of McCreesh Place, Frank has been an SHC resident for over a decade. He struggled for 40 years as a functional alcoholic and drug user. During that time he worked as a professional roofer, but could not keep the money to permanently maintain his living space. “I would work from Monday to Thursday, get drugs on Friday, and Saturday, I’d tell myself somebody is not gonna get paid. On Sunday I would stop doing drugs and was ready to go to work, Monday morning”, Frank remarks.

On May 3, 2010, he made up his mind that he was through with drugs, and moved into a shelter where he entered into a drug abuse program. Shortly afterward, a social worker moved him into McCreesh Place. A poster with the words, I AM SOMEBODY, was gifted to him by that social worker and still hangs on his wall today.

“When I moved to McCreesh, it felt like a burden was lifted off me. Every month they helped me keep my doctor’s appointments, provided counseling, and offered NA meetings to support my sobriety.”

Soon, McCreesh Place staff began to rely on Frank as a key volunteer. For some time, he assisted in keeping the bathrooms and lobby area cleaned. Even today, he is often the first person to greet you when you enter the building, thus keeping the title of “The Mayor”. After all these years, I feel good”, Frank concludes.