In the Keeping Families Together (KFT) Initiative, SHC is partnering with Mecklenburg County’s Division of Youth and Family Services (YFS) to serve 50 families over three years who have open cases with its Child and Protective Services section to assist with family reunification. 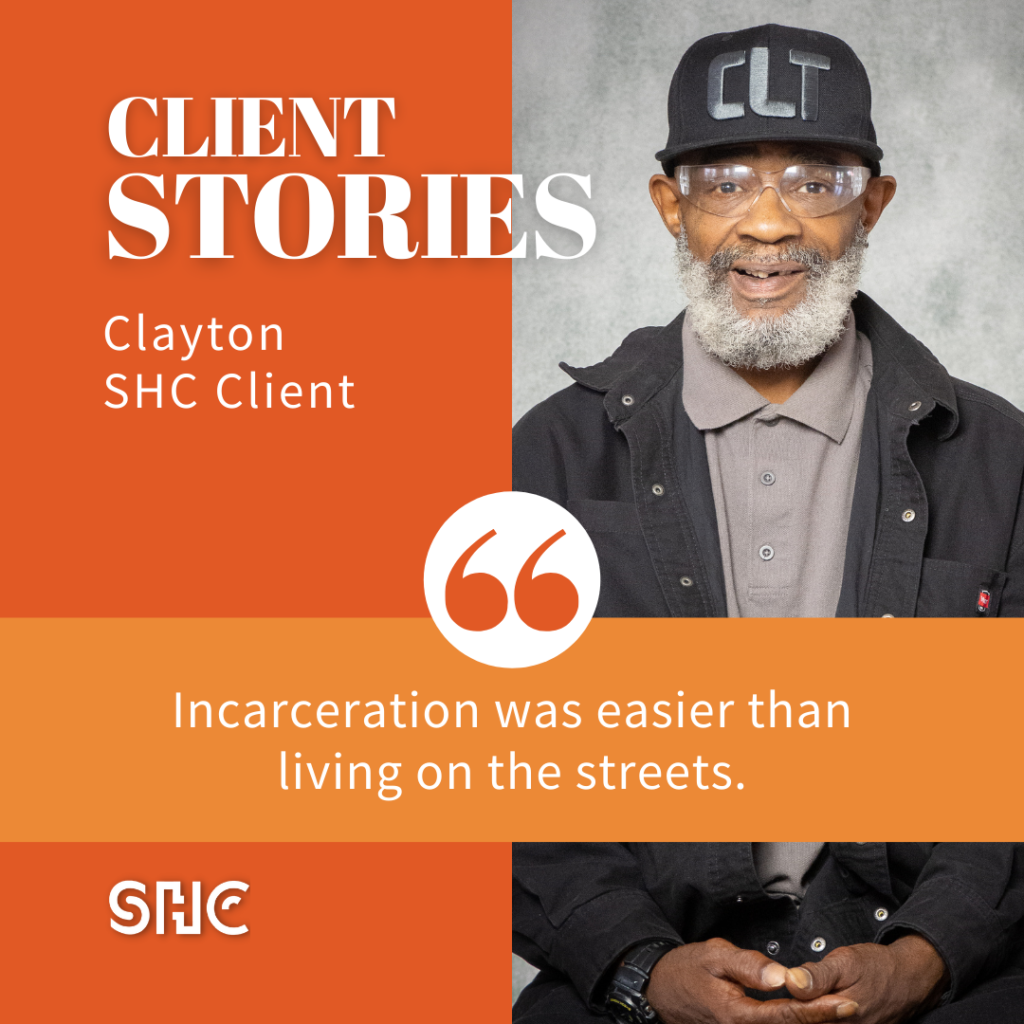 What would you do to ensure that you had a warm place to sleep at night? For Clayton, going to jail seemed to be his only answer. Clayton became homeless on his 18th birthday when he aged out of foster care. Like many kids in his situation, he fell into a life of petty crime just to survive and moved back and forth between the streets, shelter, and jail. Whenever Clayton would be released from jail, he would commit another crime, just to avoid being without shelter. In total, Clayton spent nine years of his life going in and out of prison just to avoid being hungry and homeless. Eventually, Clayton was able to break his jail-street-shelter cycle. Today, he is happy to finally have a safe, warm and permanent place to live that he can truly call home.