Posted at h in News, Success Stories by
0 Likes
Share 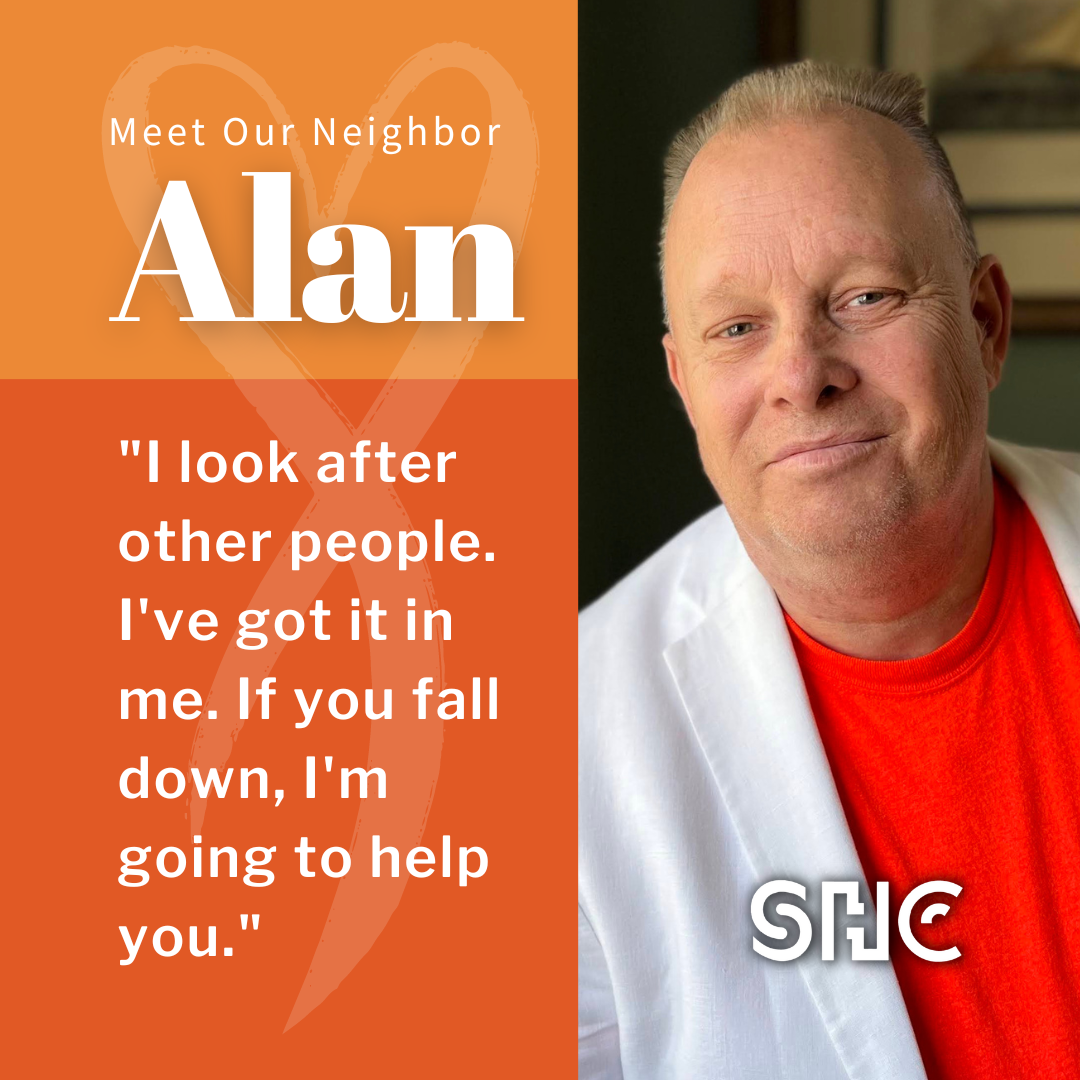 Twelve years ago, Alan’s life changed forever. A fire occurred at a home in Pineville and suddenly darkness encompassed him. Alan had lost consciousness and when he awoke in the hospital, he learned he had sustained a severe head injury.  For 18 years he had served the City of Charlotte as a firefighter but during his lengthy stay, he learned that his career had ended.

When Alan’s injury prevented him from returning to his job and his inability to keep up with his bills, he was forced to call a local shelter home for the next two years.

What happened to Alan could happen to anyone. Including you. His story is just one of the many stories heard every day about individuals currently experiencing homelessness in the Charlotte Mecklenburg community.

Alan’s story is why we are asking you to GIVE A GIFT  because hope begins with having a place where you feel safe and secure.

Alan was able to get back on his feet. He worked two jobs: during the day in the revenue department for the City and at night as a ticket checker on the newly-opened LYNX Light Rail. He saved his money. He opened a bank account. And eventually, he purchased his own car and left the shelter behind.

For the past 9 years, Alan has found safety and security by calling McCreesh Place home. He credits a friendly neighbor with helping him find SHC. In addition, stable housing allowed him to continue to dedicate his life to public service as a licensed Recovery Agent for the court system.

Would you be the next neighbor to provide hope to your neighbors who need your generosity? Your gift of $50, $100, $250, or any amount will provide the necessary supplies so that when the next neighbor like Alan finds hope, we are prepared to welcome them home.